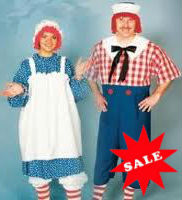 If you want to choose a classic storybook character as the theme for your Halloween costume this year, we suggest you dress up as either a Raggedy Ann doll or her brother Andy! Originally, Raggedy Ann was a character dreamed up by the late American writer Johnny Gruelle (1880–1938) who featured her in a series of illustrated children books that became very popular with kids because Raggedy Ann isn’t just any ordinary rag doll. Fan’s recognize the intriguing fictional character for her cute triangle nose and red yarn hair. She inspired the creation of her doll in 1915 and the book called Raggedy Ann Stories introduced her to the public in 1918 along with a doll of Raggedy Ann, making it a very successful market. This success lead to a sequel in 1920 entitled the Raggedy Andy Stories that introduced Ann’s brother, Raggedy Andy, who dresses up in a cute sailor suit. These stories inspired a variety of different rag doll costumes for Halloween so people of all ages can dress up as their favorite childhood character. 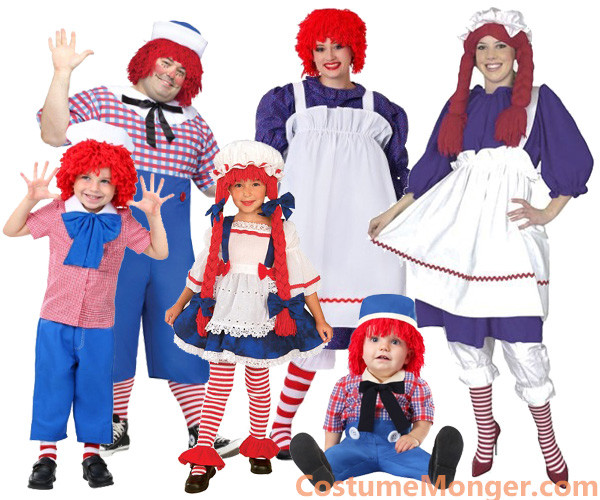