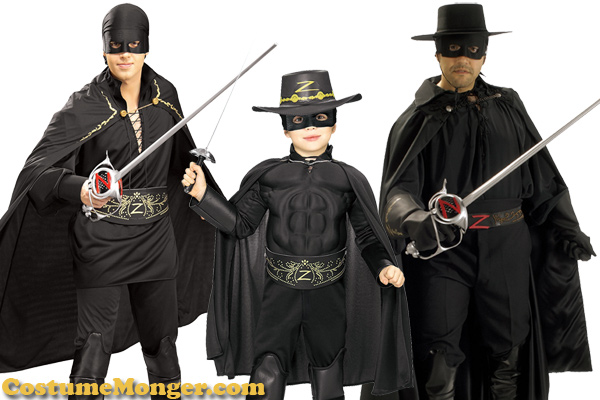 What Spanish superhero can be more dashing and handsome than the elusive masked swordsman Zorro? The legend of this fantastic fictional swordsman began in 1919 when author Johnston McCulley created this character for his successful serialized book “The Curse of Capistrano, reaching millions of readers to this day. Aside from books, this hero aka Don Diego de la Vega was also seen on television and films all over the world. Fans will remember actor Guy Williams playing the swordsman in the classic 1950s television show and later movie star Antonio Banderas playing him on the big screen film version in 1998. In Halloween parties and other events, Zorro costumes are an iconic theme inspiring attractive costumes for Halloween and Cosplay events. In the story of Zorro, the hero is Don Diego de la Vega who lives as a nobleman by day and moonlights as Zorro at night in the Spanish California town. He is cunning as a fox, which is the English translation of the Spanish term, zorro. Tyrants and villains and tyrants him due to Zorro’s love for theatrics and public humiliation of the bad guys. Throughout the years, we have seen different variations of our hero but his spirit for justice has remained the same. This bandit-for-a-cause have touched and influenced people around the world. His universal appeal have made him an iconic and easily recognizable character with his all black ensemble such as his iconic cape, sword, long sleeved polo shirt with ruffled collar and cuffs, black pants, and of course, his black eye mask. If you want to see what outfits are out on the market, take a look at these costumes we recommend you get in order to play homage to our Spanish superhero!

If budget is too tight, raid your closet. Look for black pants and long sleeved shirt. Buy a few yards of black cloth and black strings. Stitch up the hems for a polished look. Sew the strings on two edges of the cape. As for the sombrero, there are cheap ready made hats available in the market. In case all you have is plain straw hat, rip its edges, paint it black and bedazzle it with some gold sequins according to a pattern you like. Regarding masks, you can buy these in stores too or make one for yourself using cardboard, strings and black paint. Cut a rectangular piece from the cardboard. The measurements are according to the size of your face. Cut holes for your eyes. Attach the strings using a puncher or stapler. Paint it all black. Do not forget to polish your shoes because despite long hours of crime fighting, Zorro still manages to be look really elegant. Lastly, brush up your hair. That is an essential part of the total Spanish savior look. 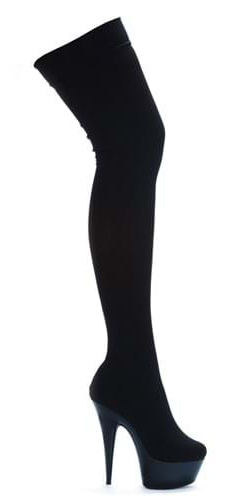 Zorro costumes are not only for men and boys. Women can join in on the sword fighting fun too! There are available adult sexy costume accessories for women who want to add a feminine twist to the traditionally male hero and experience the excitement this outfit brings. For example, you can add these sexy thigh high boots to give it a feminine Zorro spin! This Halloween season you can show that the ladies can play with swords just as well as the guys!

Zorro is never shy or subtle about making his entrance, especially to intimidate the bad guys! On the TV show and movies, you also can witness his overpowering entrance in the way the cinematic camera follows his majestic silhouette before he attacks the bad guys to save the victims! Surely those damsels in distress also love how handsome Zorro is and don’t mind being swept off their feet to ride with on Zorro’s mighty stallion (referring to his horse) and loyal companion. So it’s not surprising to see many handsome actors like Guy Williams and Antonio Banderas play him!

Fans note how the symbolic character that portrays compassion for the poor, protector of the less fortunate, and fighter of justice to those who have been wronged. The iconic letter “Z” that Zorro marks on the his enemies is his trademark sign that he leaves throughout his adventures. If you want to leave your own mark…dip the tip of your sword in yellow and orange or gold paint. During the party, create the symbol in any surface you are sure it would be okay to be ‘vandalized’. Through this, people will be amazed how you really have internalized being Zorro or get annoyed and throw you out of the Halloween party so be aware of who your audience is and read the room before you do anything outrageous like that!

Moreover, Zorro himself symbolizes not only justice, but also hope for the unfortunate who have been exploited and mistreated by the powerful and rich in society. In a way, he is the Robin Hood of Colonial Spanish societies. As you know by now, Zorro is one of the most well known bandit heroes that many fans love to recreate and play homage to. In the end, we want you to search for the right Zorro costumes and Zorro accessories so we hope our recommendations are able to help you find your ultimate swordsman costume. It could be his suave and confident moves or his air of mystery that has caught the attention of many fans. But whatever attractive quality it, you want to capture the essence of his spirit when you choose the perfect costume.

For these reasons, Zorro has been very popular character for Halloween costume parties. That is why it is important to know what the accessories are needed are when it comes to suiting up as Zorro. Knowing the proper accessories to enhance to the outfit to pull off that authentic Zorro look. There are a lot of Zorro costume accessories such as the flat brim black hat, the sword with the Z insignia, the black cape, and black boots that people should include on their outfit! Since he has so many costume accessories that could be mixed and matched, you should just choose what prop and accessories could go together when you recreate his look. To sum up, dressing up as your favorite hero during Halloween can be fun so you should make the most of it by accessorizing with the best to give yourself the ultimate Zorro costume and have the best time having fun this Halloween season!