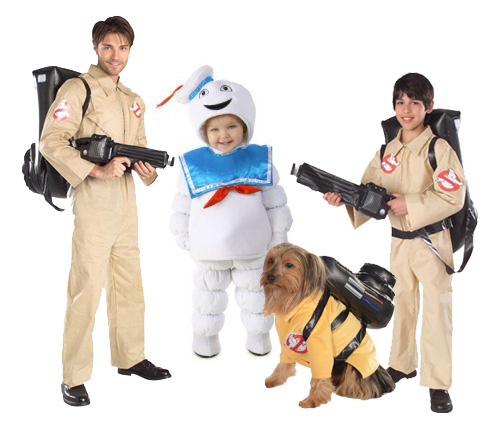 If you are a super fan, you know that June 8th is Ghostbusters Day! The original movie of the successful franchise was released on this day back in 1984! The box office was $295.2 million for the original movie! Now news is out on Ghostbusters: Afterlife, the sequel to the hit original Eighties movie. The official third installment of the film will premiere on November 10, 2021 which makes it about over 37 years after it’s original debut. It was initially scheduled to be released in July 2020 but pushed back due to the pandemic. However, Halloween is still on schedule and if you enjoyed watching the original Ghostbusters movie from the Eighties, you can suit up in the classic 1984 Ghostbuster uniform, available for both adults and kids! These are officially licensed 1984 Ghostbusters jumpsuits available for everyone, including women and plus size people! Since there’s a uniform now for everyone, your entire family can dress up can dress up as the Ghostbusters team for your next Halloween party! You can become any of the movie characters like Peter Venkman (Bill Murray), Ray Stanz (Dan Aykroyd), Egon Spengler (Harold Ramis), or Winston Zeddmore (Ernie Hudson). You can also dress up as the movie fan’s favorite ghost Slimer! Also, available for sale are hilarious inflatable Stay Puft Marshmallow Man and inflatable Slimer Halloween costumes!