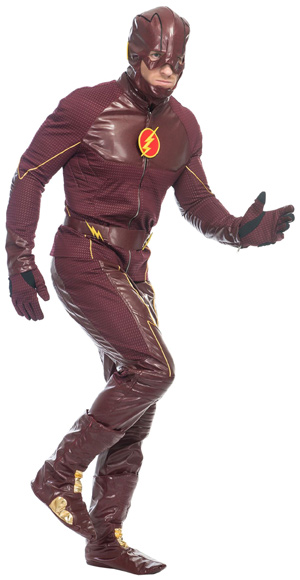 Even after growing up, people’s fascination and love of superheroes never fades into adulthood. The appeal might be from the thought of having their superpowers that continues to captivate the imagination. Using these powers to fight crime and save humanity has also become an inspiration to do good deeds. Superheroes and their powers exist only in fiction but their experience can still be relived. Dressing up as a superhero should be the next best thing.

The Flash is a comic book superhero with the power of super speed. This fastest man alive is also known as the “Scarlet Speedster”. Many different men have had the opportunity to have taken up the mantle of the Flash. All of these incarnations have roughly the same super powers of super velocity and fast reflexes. This ability allows him to perform tasks at extraordinary speed especially running. The speedster is also one of the few superheroes to possess only one extraordinary power. One of the biggest questions among fans of the comic book is whether the Flash could beat Superman in a running race.

If you love the Flash, now you have your chance. Shopping for latest DC Comic superhero costumes for you or your kid or yourself, take a look. Stand out from the crowd by dressing up as the Flash! The Flash, created by writer Gardner Fox and artist Harry Lampert, debuted in January 1940. Since this time, the speedy character has appeared throughout various comics, television, film, and other media. Like other comic book heroes, the Flash has made his appearance in animated and live action television shows as well as video games. The character still continues to appear in comic books. Many know him as the Flash but what do you really know about this mysterious character? 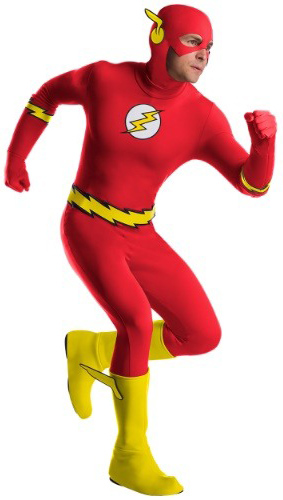 Well if you do not really know much then we will fill your mind with some The Flash facts so you will really fall in love with this hero. The first Flash was Jay Garrick. He was a college student who gained super speed after inhaling hard water vapors. The character first appeared during the Golden Age of comic books from the 1940s-50s. Another man Wallace Rudolph West, known as Wally, from Keystone City, Kansas, also appeared on the Flash #10 as Kid Flash on December 1959 to January 1960. Following the comic book revival of the Silver Age, Barry Allen took the reigns of the Flash. His nephew, Wally West became his protégé and eventually took over when he passed away. The most recent incarnation is his grandson, Bart Allen. There are so many different versions of the Flash because of the intricate storylines of the comic books. 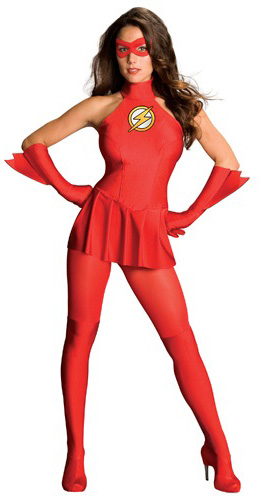 The Flash can appear to have different abilities by being creative with his power of speed. He can move quick, think fast on his feet, and react fast in speeds that are considered superhuman. In the later versions of The Flash, he can move so fast that he can vibrate through walls and travel through time!

Flash costumes are normally designed with the classic look that kids can easily recognize. There are not much variations so it should not be difficult to distinguish. The suit comes with a red jumpsuit decorated with the iconic lightning streaks insignia. Also it includes is a pair of yellow gloves and running boots. The Flash mask and headpiece with a lightning insignia completes the look. This outfit is available in all sizes to fit your kid. Soon, you will have your own Flash running around the house!

Think of all the fun your child will have as he runs around the neighborhood dressed up the Flash! Halloween would be a perfect time for wearing these costumes. Add excitement into his trick or treating and watch him have a great night. You can also host a birthday party theme with your kid as the Flash and the star of his own hero party. Add a new twist to the party as your kid catches the bad guys and save the world. The possibilities are endless! Fortunately, superpowers are not required to find the right flash costume. As you have seen, there are many options that are available and within reach. You cannot go wrong with Flash Halloween costumes.